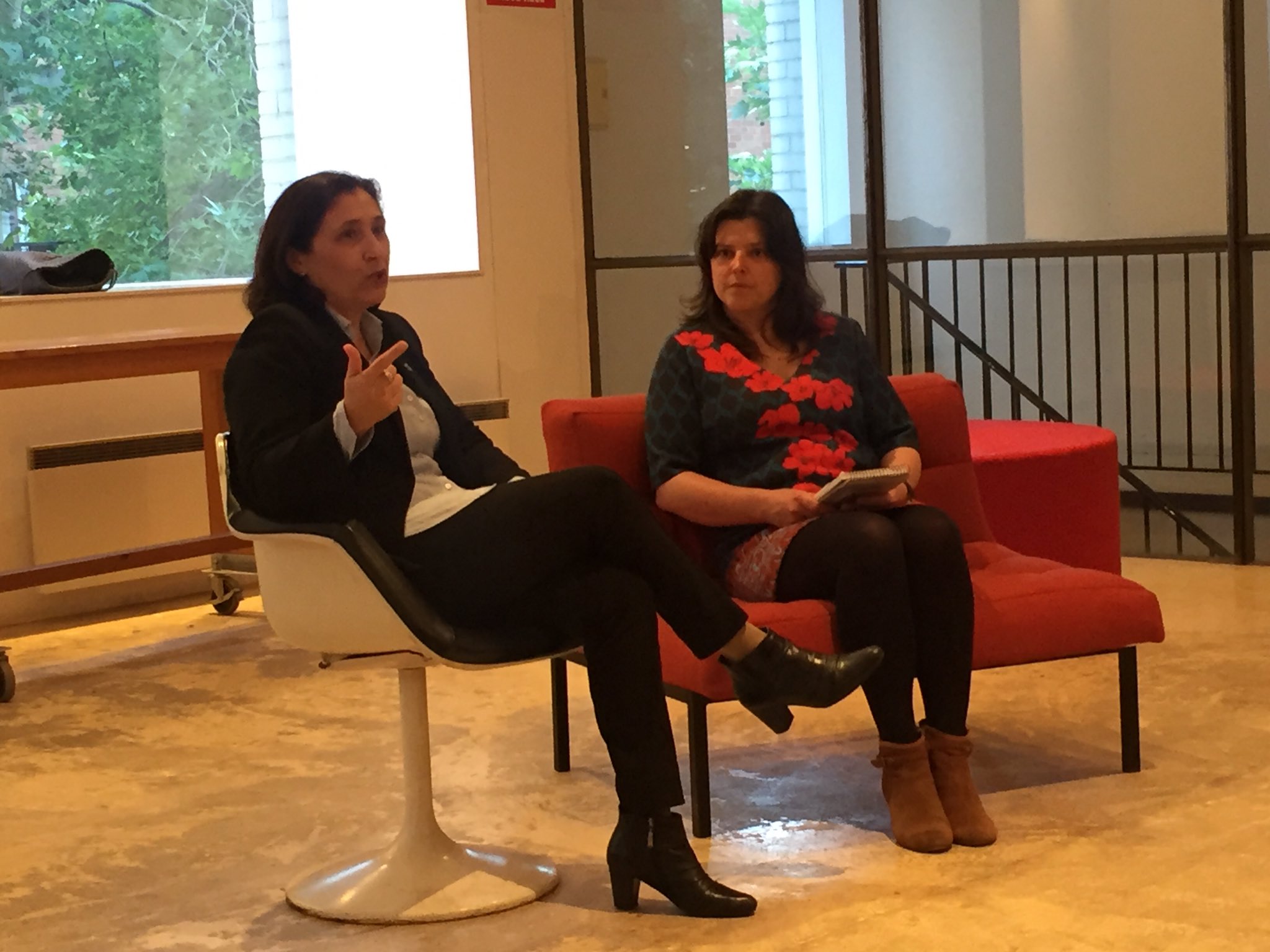 Earlier this week, a crowd of Australian Wind Alliance members and supporters were treated to an exclusive ‘on the couch’ session with Victoria’s Minister for Energy, Environment and Climate Change, Lily D’Ambrosio.

Minister D’Ambrosio was interviewed by Sophie Vorrath, Deputy Editor of Renew Economy and One Step Off the Grid following the AWA’s 2016 Annual General Meeting.

Minister D’Ambrosio spoke about the Victorian Government’s deep commitment to the State’s Renewable Energy Target to drive jobs and investment in the state. And if they manage to lure some business away from NSW well that wouldn’t be too bad either.

The Minister was passionate about the potential for new jobs in regional Victoria and in industries like wind tower manufacturing, civil contracting and engineering, which will all be needed to build new renewable energy projects.

Catch a summary of the Minister’s address below

When asked about the whether the looming closure of Hazelwood power station and the subsequent political pressure would cause the Victorian Government to downgrade its’ ambitious renewable energy target, the Minister was definitive in her response, saying that the Victorian Government had a genuine commitment to ensuring a thriving renewable energy industry takes off in Victoria and that no changes would be made.

Perhaps most pointedly, the Minister emphasised that while the Federal Government was happy to criticise state governments for their ambitious renewable energy targets, they were utterly dependant on Victoria and other states to achieve the targets Australia recently signed up to under the Paris agreement. This is a point she said needed to be made more often.

We were appreciative of the Minister's recognition of the Australian Wind Alliance’s agenda of tirelessly promoting wind energy in sometimes-hostile circumstances and for our consistent efforts pushing for a thriving wind industry in Australia.

Thanks Minister, we look forward to Victoria continuing to pursue policies that amplify clean energy investment in the state!