In a bit of a first, half of the speakers at the planning hearing for the Rye Park Wind Farm lined up to speak in favour of the project that they think will bring huge benefits.

The Australian Wind Alliance NSW Organiser Charlie Prell spoke on behalf of the AWA when attended the Rye Park Wind Farm Planning Assessment Commission (PAC) hearing held in Boorowa on March 30. He  also supported the 20 other speakers who spoke in favour of the wind farm at the hearing.

Here’s what he had to say about the day:

In February, after an assessment period that dragged on for months, the NSW Department of Planning and Environment (DPE) finally made a recommendation to the PAC to approve the Rye Park Wind Farm.  DPE recommended removing 25 turbines from the wind farm, reducing the number of turbines approved for construction from 109 to 84. The proponent of the wind farm had already voluntarily removed 17 turbines for environmental reasons. The recommendation from DPE to remove turbines was argued purely on the visual impact of the project. DPE determined that 19 of these turbines would have an unacceptable visual impact on the village of Rye Park.

Half of the day’s speakers spoke in favour of approving the full 109 turbines.

Dr Robyn Stephenson, a neighbour to the project who works in Yass shared her thoughts on why wind farms are important. "Given the energy crisis we're facing, the sooner we invest in more green energy, and especially on the east coast, the better,” Dr Stephenson told the Commission. “We need to consider the very practical position that our modern world needs electricity to remain operational. The Rye Park region can get pretty windy so it's ideal for wind farms.”

Linda Cavanagh, a host of the project also spoke in support of the project, sharing with the PAC what the wind farm could mean to her family, and the Rye Park township. "Every five turbines will employ one full time person. It means the school can stay open. We could get shops out there, a fuel bowser out there. A functioning regional economy is far more attractive than a village with empty shopfronts and a closed school," she said.

The PAC are now deliberating on the DPE’s recommendation and the community feedback they received at the meeting in Rye Park. A decision is expected soon, with Rye Park poised to be the latest approved wind farm in the region. 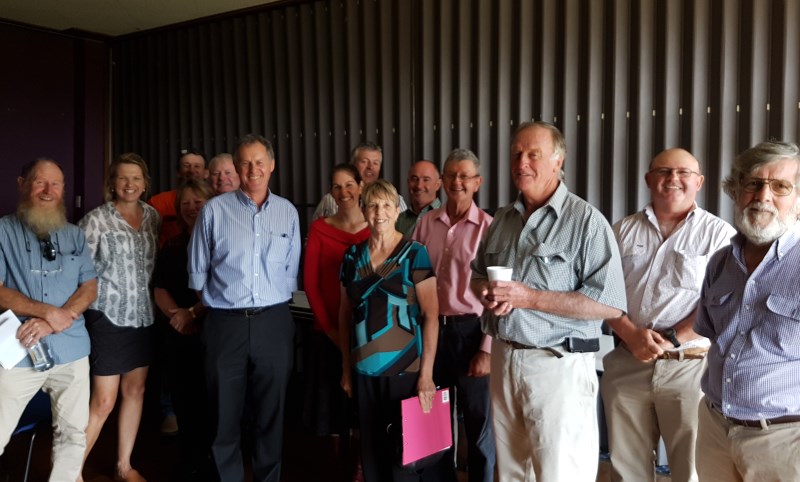