A career shifts from coal to wind 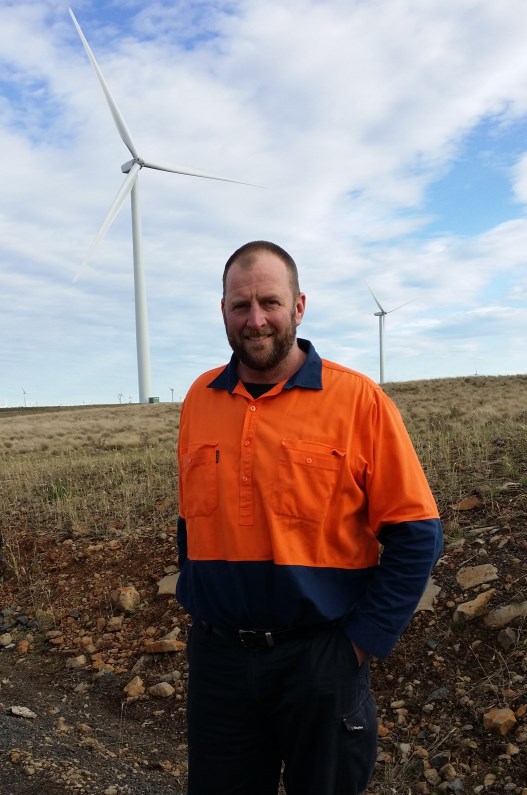 With the mining boom now at an end, Australia is grappling with a sharp jobs contraction in the coal, gas and resources sectors. As thousands of workers contemplate their futures, many of those in regional Australia will increasingly look to jobs in clean energy technologies to keep them in work.

Wind farms are a logical next step for workers experienced in fossil fuel power generation and that neatly describes the trajectory of AWA member, Mark Wiggins. After 20 years working in coal and hydro, Mark is now Operations Manager at Boco Rock Wind Farm, standing on the Monaro plains, 150 km south of Canberra.

This position not only allows him to keep his family living in nearby Cooma but also sees him navigating some very twenty first century challenges, applying power generation know-how in an international investment context.

On a recent visit to the wind farm, I caught up with Mark and asked him a few questions.

Andrew: Tell me about your workforce at Boco Rock.

Mark: We have 3 fulltime staff who work directly for CWP Renewables, the contracted windfarm asset manager and operator. We manage the asset for the wind farm owner, EGCO, a Thai-electricity generation company. The maintenance is contracted to the turbine supplier GE. They have a rolling crew of between 8 and 14 depending on the workload and what’s coming on.

Some of the GE maintenance crew were involved in building the wind farm so they’ve got a baseline of experience. They’re the guys you want to keep for their insight and knowledge. They know the area, they know the wind farm, they know the landholders. The little things like that make it all that little bit simpler.

We also use a plethora of small local contractors on an ongoing basis for all sorts of things - roads and drains, weed spraying and Biobank.

Mark: Biobank offsets the wind farm’s environmental footprint. Boco Rock Wind Farm bought approximately 1130Ha of land to offset the footprint that we took for the turbine stands and that’s what we’re trying to convert to temperate grassland reserve, more or less. There are two sites – one at the northern end of wind farm and another out towards Bobundara which is halfway back to Cooma.

We employed a local landowner to manage the properties and make the capital improvements necessary to transition from grazing land to a bio banking grassland reserve.

The aim is to return to original vegetation - to go from an ex-grazing property into something that looks like remnants of the old Monaro grasslands. It’s monitored by various partners like OE&H and various ecologists. They’re doing long-term studies to give the data to provide robust discussion about what are we going to do with the land when we’re finished here.

The drive is not to return a financial return through grazing. It’s a different attitude towards management of the land.

(If you’re interested to know more about BioBank, this video from the NSW Office of Environment & Heritage is a visually gorgeous illustration of the beauty of the Monaro native grassland habitat.)

A: Where are you from?

Mark: I’m originally from Lithgow. I did my apprenticeship in coal fired power stations. I was an operator for 18 years. I left there and went into the Snowy Hydro. Worked up there for six years as a technician. Went into business improvement. I saw this opportunity on the edge of town so I grabbed the opportunity, took the chance and came out here to gain some experience in a growing sector of the energy generation industry.

I was packing away over 20 years of generation experience. They said hey, we’ve got a project and now we have to get it into an operational asset so that’s my gig.

I’ve been dealing with industry regulations and compliance, market regulators, electrical safety rules as well enhancing site procedures and safety policies for some time so it was a good fit for my experience.

A: Whereabouts are you now?

Mark: I’m in Cooma so it was pretty much on my doorstep. I’ve got kids at the school. My wife’s a teacher and it all slotted in well. It’ll definitely keep my family in the area for a while to come. It’s good all round.

A: Tell me a bit more about the job.

Mark: It’s a new experience working for overseas owners. That’s a challenge a lot of companies in Australia are starting to face – how do you interface with overseas owners? They work under different rules and systems in their own markets so when they come to Australia it’s not quite how they’re used to working so you have to be the go-between.

It’s an important process. We all like the investment dollars and it’s not going to come from internally. If we want larger pools of investment in Australia, it’s got to come predominantly from overseas, from Northern Asia. Their way of doing business is significantly different to the core way we knew it. I’m not saying it’s any better or worse but it’s certainly different. So that’s a steep learning curve.

A: So you’re getting some pretty unique experience in your role.

Mark: That’s why I’m here. For me, definitely. It’s a $360m project. How do you get that from construction to a fully operational asset and returning a profit back to the owner. There’s no book for that, there’s no course.

A: Well you’ll have to write it.

Mark: You’re living on your experience and you’re learning rapidly. Even your reporting functions and getting across those language barriers is quite a challenge.

Mark: I don’t pretend to do it. I thought, maybe I should, and I thought well, I can say the wrong thing, get it wrong… the damage, the risk… I’m a lot better off just working within my constraints. That’s my capability or lack thereof. I’m not about to make something up in the middle…

A: Thai would be a fascinating language to learn…

Mark: I think all kids in Australia really need to start considering that second language and you gotta look at your neighbours. They’re the ones you’ll be doing business with. That’s just the way it’s evolved.

I use the analogy – when you talked to your parents they always used to do business locally and then regionally and that was a big quantum step. And then you had to go interstate – that was just madness. Then you had to think nationally. But if you don’t think China’s just on the end of the phone, or that ringing Thailand is just like ringing Sydney and it’s a normal part of business then you haven’t evolved and you’re gonna fall off the back. That’s something Australian businesses really need to get their heads around real quick. We need to treat our neighbours as if they’re just up the road. We’ve got to think about it on that scale. 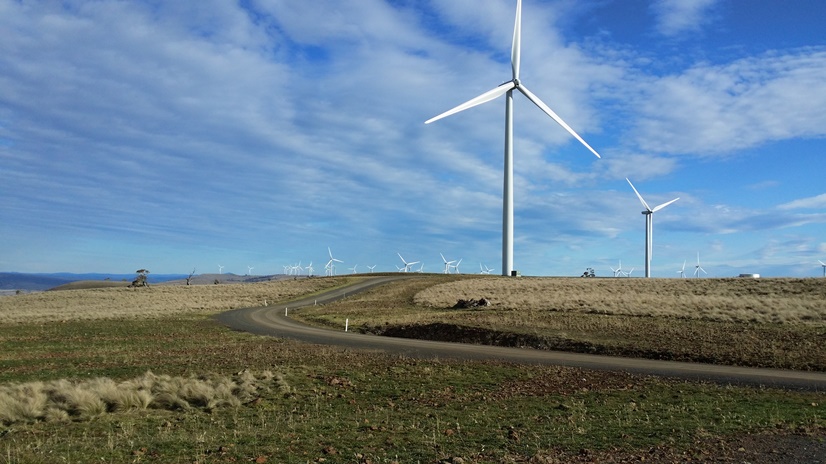 The Australian Wind Alliance has around 600 members who support more wind energy for Australia. You can be one of them by joining here.