Barnaby hops on board 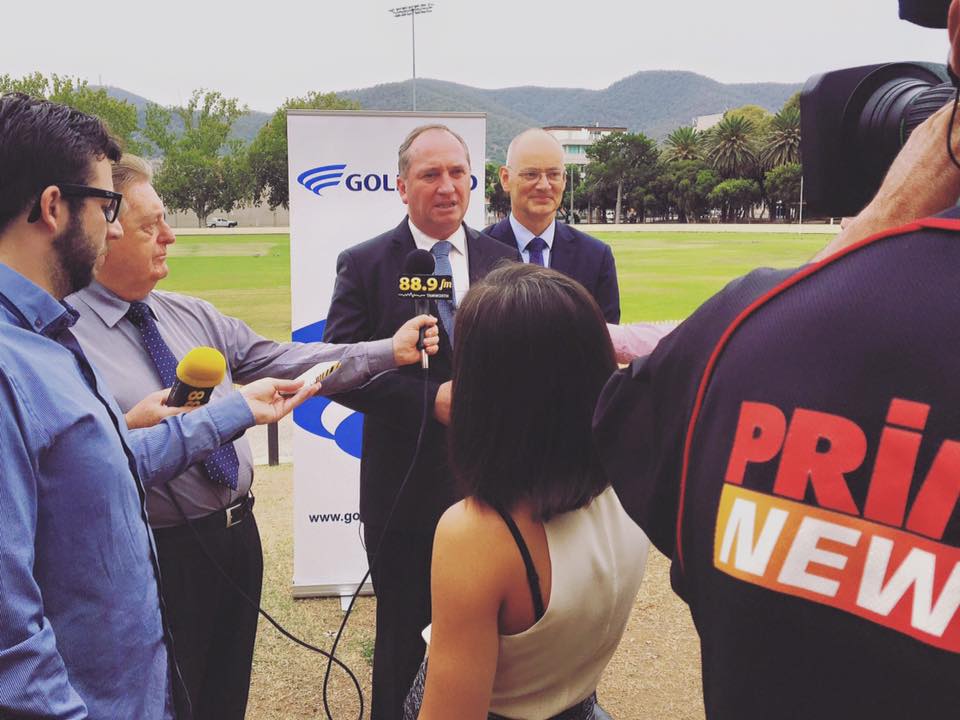 Given the jobs and income that wind farms deliver for rural Australia, it's been a bit of a mystery that wind hasn't enjoyed more support from the 'party of the bush', the Nationals. With wind energy booming around the world, new wind farms are an ideal way for rural Australia to build their prosperity by plugging into new industries based on clean energy.

So we were delighted to see Nationals leader and Deputy PM, Barnaby Joyce, publicly support the construction of the first stage of the White Rock Wind Farm, to be built in his electorate of New England.

And the most pleasing part of the announcement was hearing Barnaby explain how more renewable energy in the mix lowers power prices for consumers - "Obviously that (the Renewable Energy Target) has capacity to keep prices down. So the more power, the greater the supply, the more it effects the price.."

This has been commonly understood since before the effect was confirmed by the Warburton Review into the RET in 2014, but it was never admitted by the then-Abbott government. To hear it from the Deputy PM now is reassuring that the benefits of renewable energy are now better understood within the Coalition government.

Quoted in the Glen Innes Examiner, the Deputy PM also had this to say:

“The project at White Rock will drive innovation and create the jobs of the future, while delivering a financial benefit from the investment of public money,’ he said.

“This project will be a fantastic boost for the local economy as it is expected to employ up to 200 people during the construction phase and generate 10 full-time positions over a 20 year period.

And to add to this he even hinted  in an interview with Good Weekend that his position on climate change may be shifting somewhat when he said “It’s the driest I've ever seen it. When I look at this I start to wonder whether climate change might really be happening.”

At a state level, one Nationals MP from up that way who's been leading the way in this regard is Adam Marshall, state MP for Northern Tablelands, whose support for wind and solar projects in his electorate has been longstanding and energetic. The degree of local community support for wind energy is a reflection of the clear political leadership he's provided over a long period.