20 year wind career in the balance 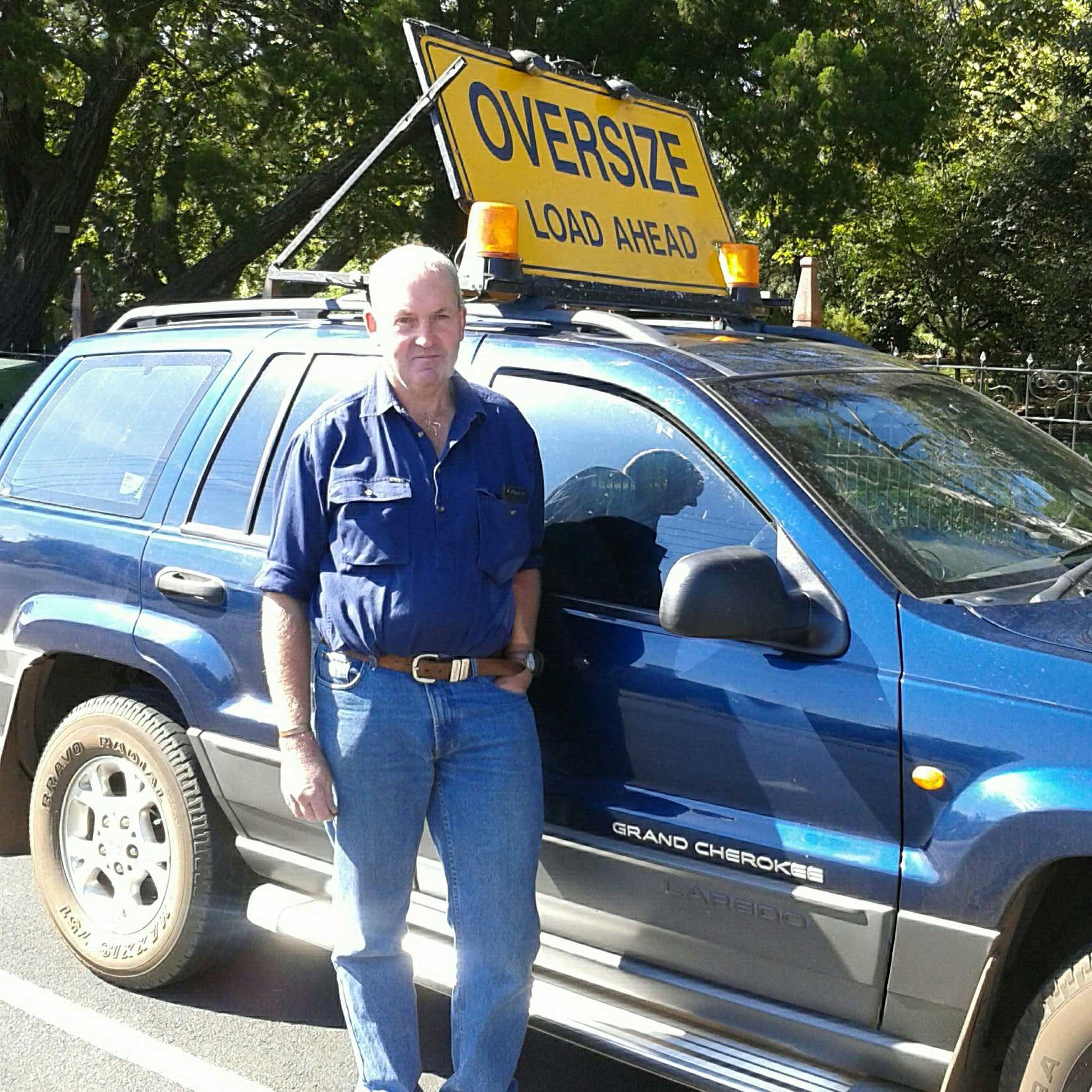 Few people have been involved with the construction of Australian wind farms as long as Daryl O’Flaherty.

Daryl’s an oversized pilot, by which I don’t mean he’s spent too long flying planes and drinking beer. Rather, he drives the car with the flashing lights in front of the trucks that carry the enormous components that wind farms require – 40m long blades and enormous wind tower sections.

Daryl’s the one responsible for ensuring that the valuable load arrives at its destination in one, undisturbed piece. And once that load is safely delivered, it’s several hundred kilometres’ driving back to the dock to do it again. And again. Transporting blades, towers, transformers and nacelles from the Port of Portland to the Waubra Wind Farm involved over 1,000 500km round trips.

And the work has its particular challenges.

“The size of the components is a challenge to do it safely. Just one mark will put a blade out of balance and you waste tens of thousands of dollars. You’ve got to be careful.”

Based in Hamilton, Daryl began working with wind farm components in the 1990’s, eventually  carting blades to the Port of Portland for export. Now, after 20 years working in wind farm construction, Daryl says “wind energy’s my passion”.

When Daryl went on holiday to the British Isles and he first saw wind farms he was fascinated by them.  (Incidentally, this is an experience he shares with our current Premier, Denis Napthine, who’s spoken of long hours he spent watching turbines spinning when he first encountered them in Wales.)

“Electricity is part of society,” says Daryl, “and these machines can generate electricity just by turning themselves into the wind. They’re amazing.”

“One evening when I was at Lake Bonney in South Australia I saw black-shouldered kites searching for their prey among the turbines. Wind turbines fit just fine in the landscape.”

“I can’t understand why people don’t like them. The Danes think we’re crazy not building them here because we’ve got so much land. I think some people here are scared of change.”

“My mother is 85 and she thinks they’re magnificent. When she was growing up they had these things they called wind lights and kero lights. When electric lights came along, people were worried they’d hurt your eyes ‘cause they were too bright. People are always a bit worried about new things.”

But in the last year, after many years of continuous work, new wind farm development seems to have dried up.

“A lot of the big power companies have stopped writing contracts to buy the electricity so the new projects are not going ahead. Also, the new wind farm laws in Victoria seemed to have brought the whole show to a stop.”

“I’ve still got to meet my repayments on the vehicle every month but there’s nothing coming in to pay it with. It’s pretty tough right at the moment.” 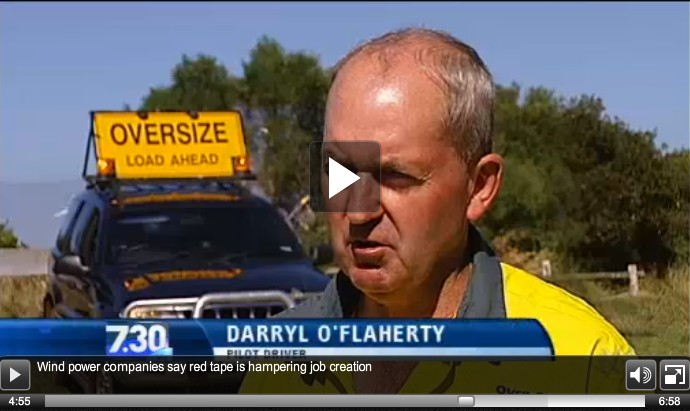 So Daryl’s found himself doing things he never quite expected – exchanging letters in the local paper with wind opponents and even appearing on ABC’s 7.30 Report to argue the case for wind development.

“It’s a pity. I’ve seen young people getting jobs and learning about being in the workforce. A lot of them wouldn’t have had that opportunity without the wind farms.”

Daryl joined VicWind as a founding member in October 2012.

“The more people who can speak up in support of wind farms the better and the more chance that politicians will get this show back on the road again.”